After careful consideration for the safety of our members, competitors, volunteers, judges, and the national community,  it is with great disappointment that we have had to make the difficult decision to cancel the 2020 UKI US Open in Jacksonville, FL.

Following continued and overwhelming concerns about the COVID-19 virus, we felt this was the best way to proceed during such an unprecedented global situation. We are very disappointed that we are unable to hold one of our favorite events and we know that many of you will be disappointed as well.  But we know it’s the right decision based on the information we have today.

We thank everyone for their understanding and continued support for UKI and the UKI US Open and we can’t wait to see you all at the 2021 US Open at the Jacksonville Equestrian Center November 11 – 14.

In the meantime, please give us some time to consider the qualifications for potential Byes for the 2021 event and stay tuned to our web site and Facebook pages for further information and announcements.

We hope you, your dogs and your loved ones all remain safe during this continued pandemic.

All about the UKI US Open Venue

Our four Head Judges design and judge their own courses for the US Open. We also have two Class Judges who will judge several of the heights on a course designed by a Head Judge.  Finally, we have two back up judges who will spring into action if the event grows to eight rings this year. 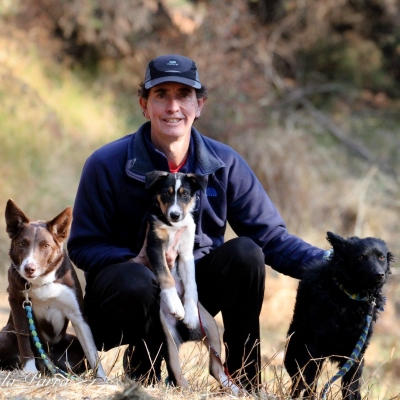 I’m Francisco Berjon, better known by Paco. I was born in Mexico City. I work on Construction, I’m a Contractor.

I have been doing agility since 2001, and started with a Labrador Retriever. I become a judge in 2007 and have been a UKI judge since January 2018.

We have at home 5 Border Collies, 1 Australian Shepherd and 1 Croatian Sheepdog, all of them trained in agility (some retired now). My wife Barbara and I love to go hiking with the dogs.

Personally I enjoy doing agility with my dogs, but also love to judge…. I have the honor to watch amazing runs with great dogs and handlers from the best seat of all…. The middle of the ring. And sometimes when I see something that I really like (weavepole entrance, great contact or a great handling) I just say it to the handler with an expression like “Wow” or “Nice” or “Great”.  I just feel that moment and really enjoy it.

To see a sample of Paco’s courses click here 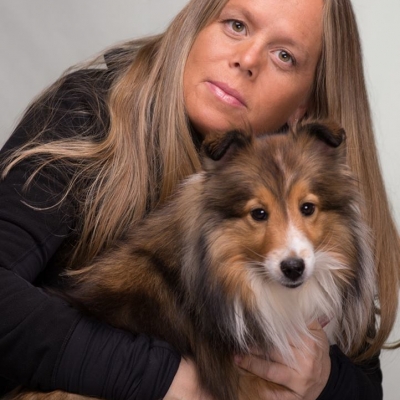 I am an Accountant/Office Manager in Austin, Texas where I have mostly lived since 1993. I am originally from Madison, Wisconsin where I grew up and later graduated from the University of Wisconsin – Madison.

While I love Dog Agility and competing with my Shetland Sheepdogs, Muppet and Roar, I have other interests including travel and photography.

I started training and showing dogs in agility in 1995 and became a judge a few years thereafter. I have held various trial committee, board and teaching positions with multiple groups in the Austin area through the years. I started Renegade Agility in 2016 to host trials.

I have judged at international events including the World Agility Open in 2014 and the USDAA Cynosport World Games in 2009 and 2011.

To see a sample of Peggy’s courses click here 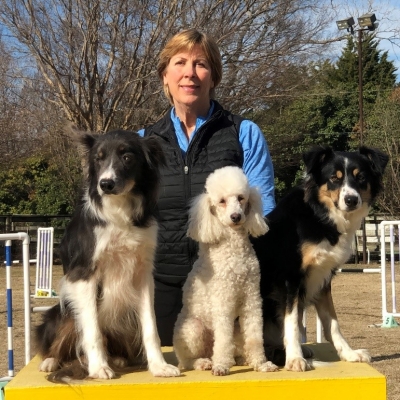 I started training my first dog in competitive obedience in 1986 and found dog agility that same year.  Thirty plus years and seven dogs later, I still enjoy training and competing in dog agility.  I have competed with several breeds including English Springer Spaniel (2), Border Collie (4) and Miniature Poodle (1).  I began judging in 1991 after USDAA got off the ground in the United States. I am also certified to judge AKC and UKI and enjoy the variety that each organization brings to the table.

I like my course design to challenge the trained skills of the dog, as well as require the handler to be thoughtful and deliberate with the choices they make out on course.  Course path  should be fluid, fast and safe,  with opportunities for the dog to show acceleration and deceleration throughout, as well as demonstrate a true connection as a team.

I have judged at many local and Regional events here in the USA, seven times at USDAA Cynosport/International Events, AKC National Agility Championships,  World Agility Open- England-2016, as well as the IFCS World Team Tryouts for USDAA-2019.  It is an honor and a privilege to judge at this event and I am very much looking forward to watching some great teams go head to head at this upcoming competition.  Good luck to all !!!

To see a sample of Patty’s courses click here 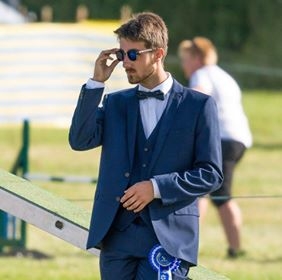 I began training my first agility dogs when I was just 6 years old, and have since competed with a variety of breeds in all the available heights. I have competed at champ level at UK Agility shows with my rescue dog Chip, and have also competed at the UK Agility Grand Finals.

I began judging in 2012, but began judging at more prestigious events such as the UKA Masters Series, the UKA Grand Finals, and the British Agility Championships at the beginning of 2017. In 2020, I look forward to judging many more similar events, amongst many other shows, competitions and league matches. In January 2017, I  became a Global Judging Programme Approved Judge.

In addition to my passion for competing and judging, I enjoy being a full-time agility instructor, coaching handlers from entry level to Grade 7 at Celestine Dog Training near Bristol. I believe that my  everyday involvement with agility helps me to set fair and challenging courses, both when teaching, and when judging.

To see a sample of Jason’s courses click here 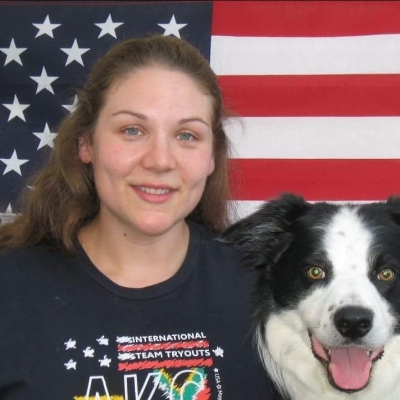 I grew up riding ponies and competing in eventing, and started obedience training and competing with my Golden Retriever by age 8. I discovered agility training in the mid 90s, and bought my first Border Collie in 2002. Since then, I’ve competed in agility with 5 other Border Collies, earning multiple championship titles, national placements, and I’ve represented Team USA in international championships. My current dogs are McFlurry, age 9, and More! age 5. 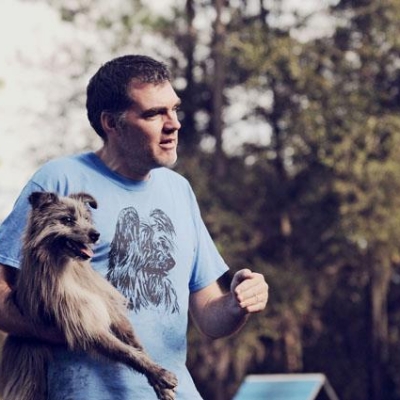 I have had a lifelong love of dogs, which started as a child in the North of England with the family pet, Patch, a hooligan Jack Russell Terrier. Patch was an accomplished escape artist and I always took on the responsibility of chasing him down on his escapades through the neighborhood, luring him in with cookies and returning him home. These early dog “training” experiences kindled a desire to own a well behaved and obedient dog and particularly one that didn’t continually seek to run away!

After finishing college I emigrated to the USA, where I have lived for the last 20+ years. In 2002, I decided the time was right to own a dog. After doing much research I settled on an obscure French herding breed, the Pyrenean Shepherd. I was attracted by their natural intelligence, smallish size and rustic appearance. I was mainly looking for a biddable hiking and running companion that I could train. Just before Thanksgiving 2002, Luka arrived on a Continental flight from Cleveland to San Francisco. This dog changed my life forever. Luka was not a very confident or outgoing puppy, but she loved the training routine and this helped her confidence grow. After 1 year of obedience classes we discovered agility through some friends and started to take weekly agility classes. The rest, as they say, is history…

Together Luka and I competed for 9+ years and during that time we won numerous national championships. In 2009,  Luka and I helped the USA Medium dog team take a silver medal at the FCI World Championships in Dornbirn, Austria. In 2011, we were selected as members of the 2011 AKC World Team, which competed at the FCI World Championships in Liévin, France. Luka celebrated her 9th birthday at the event by winning the individual gold medal, with the highest combined score over the jumping and standard agility rounds, she also took 1st place in the standard agility round to seal the gold medal. Luka is no longer with us, but I have been competing more recently with my 2nd pyrenean shepherd, Dash.

I live in the San Francisco Bay Area with my wife, Stacey and two children Rory (4 years old) and Liam (14 years old). I have been coaching agility since 2010 and hold weekly classes at ACE Dog Sports in San Francisco. Over the last 2 years, I have been judging local UKI events. I enjoy designing flowing fun courses that blend speed with handling challenges. 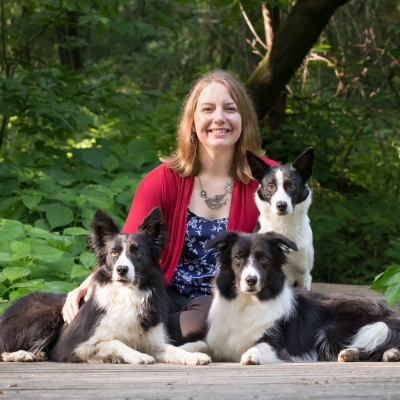 My name is Kim Benjamin and I have been competing in Agility for 16 years. I currently own three Border Collies (Blade 13, Viper 10, Shine 5) and a Miniature American Shepherd (Hoot 1).

I currently teach Agility full time at my facility Shine On Dog Agility in Rochester, Minnesota. I also became a UKI judge in 2016. I enjoy designing courses that challenge the dog and handler’s team work, while allowing the dogs big and small to open up and RUN!

When not competing or judging Agility, I enjoy hiking and herding with my dogs. 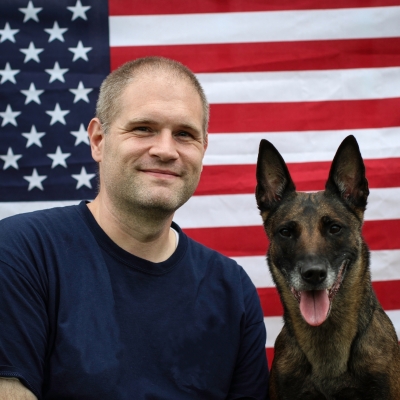 By day, I am a mild-mannered Unified Communications Engineer, but by night I am an agility competitor, instructor, and judge. I have been competing in agility since 2009 when I started with my Rottweiler, Kalil, before moving to Belgian Malinois in 2011 which I and my wife now have 4 of.

Despite only competing in agility for a short amount of time, I have jammed a lifetime’s worth of experience as a competitor with my Malinois, Luna. We have a wealth of intentional experience for many different Team USAs over the past 5 years. In 2018, I wanted to experience the other side of agility competitions so I became a judge for UKI. I wanted to try and bring course designs that I had a ton of fun running in Europe to the USA where I felt there was limited opportunity to do so. So far it has been a whirlwind experience and I am glad I took the leap.

I am excited to take my judging to the next level and see the best teams in the country run in a ring at the US Open with me as a judge.